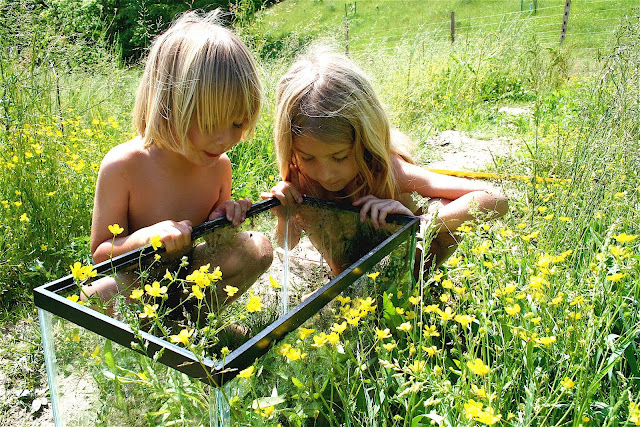 The observatory has been a favorite of the children's, especially my oldest who is 6, for years.
Last year the one we had broke, and we just got a new one, the children were both very excited to get started. We do it different every time, and throughout the season it changes several times, depending on the animals we find.
Sometimes it has been a rock garden for crickets and lizards, other times sandy with branches and rocks for a small box turtle. It has also been a small pool with plants for tadpoles and yet other times has housed simply plants. We always release the animals within a week or so, if they have not escaped before that, and always try to mimic the habitat where we find them
The children spend hours observing the little creatures and their behavior, catching bugs for the animals to eat if needed, give them names and add to the habitat to make it more cozy for them.
Needles to say, todays observatory will house baby frogs, as they are abundant and well loved by the children.
We started with the empty shell, and from around the pond dug out clods of mud and vegetation. 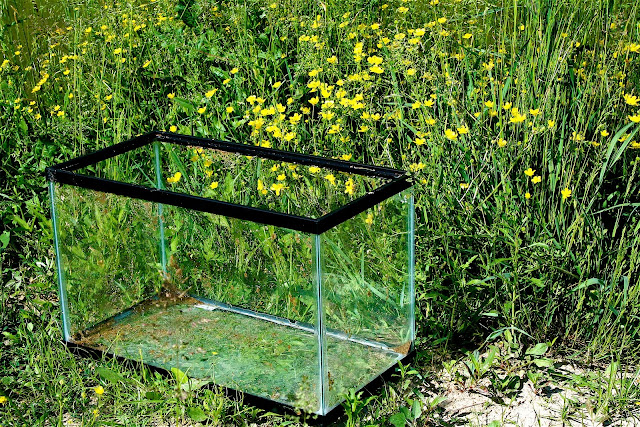 Then looked around for the little froggies. 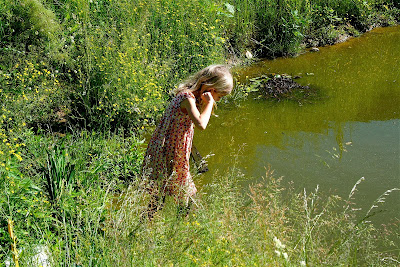 Found and caught some. 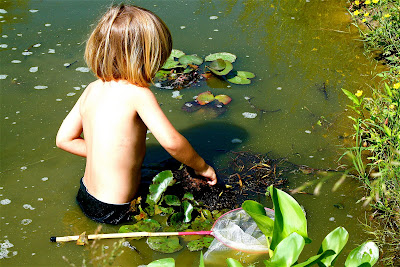 Show them their new home for the coming week. 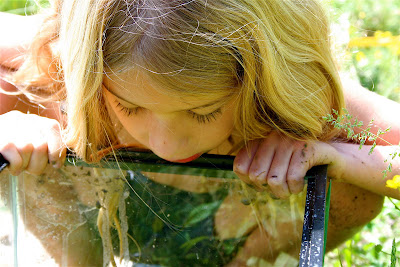 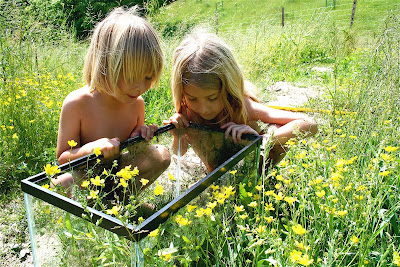 And here it is at home on the deck, a perfect little replica of the pond, and all the froggies are thriving, and the children loving it. My daughter just came in and told me that "hopper" just ate a bug while swimming in the water. 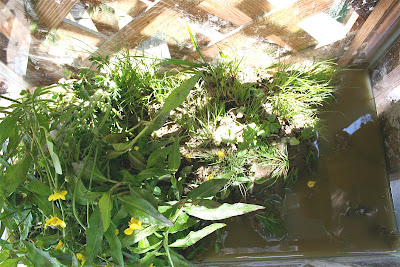 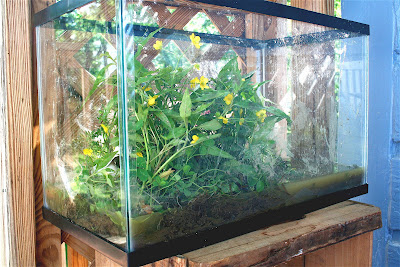 We also found time to pick some strawberries, they are abundant here just now. 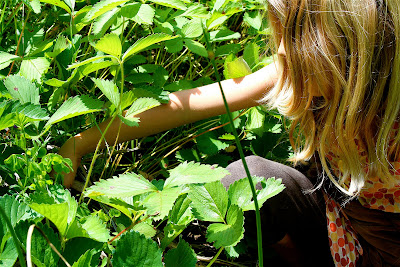 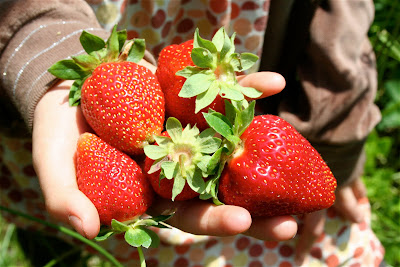 A ladybug why not... 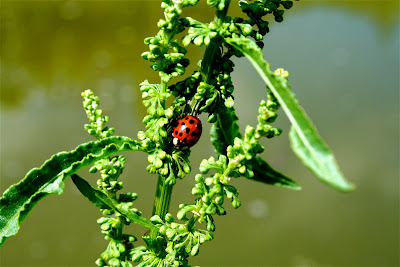 And the very territorial farm rooster.
Thanks for looking in,
And happy thursday to you. 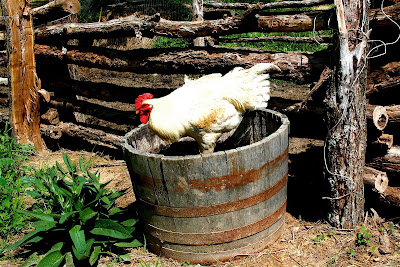 Posted by christina at 5:24 PM

Labels: how to, nature, outdoor fun