Once all the tresses were in place a wire mesh was laid over the entire roof. First a larger and thicker mesh and afterwards a thinner one. Then, and of course by hand as with everything, the ferrocement is slowly added, first the whole roof is covered in a thin layer and then they go around again adding layer upon layer until the desired thickness is reached which in this case is about 7cm. 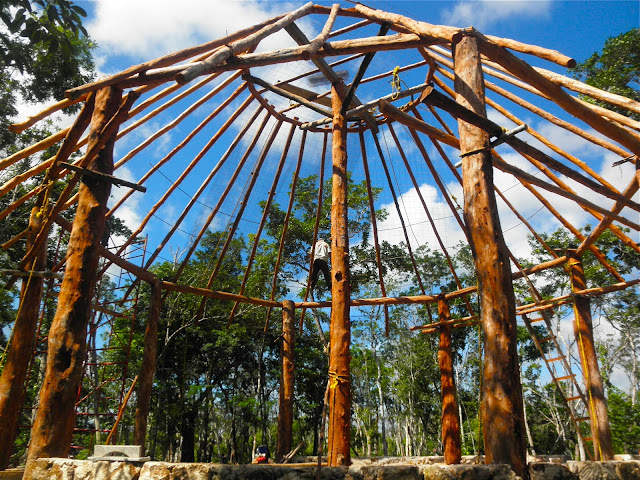 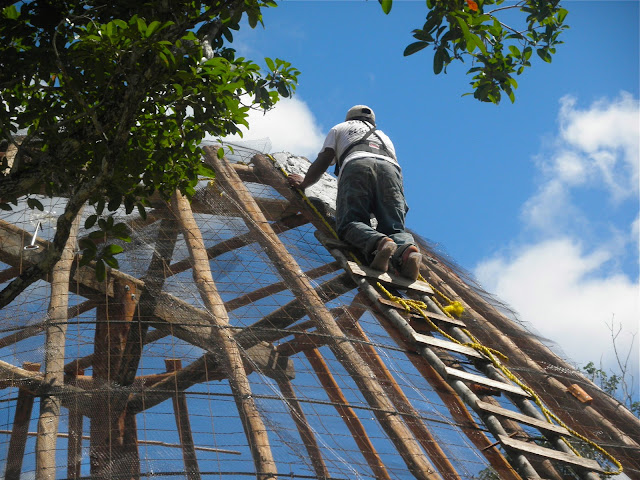 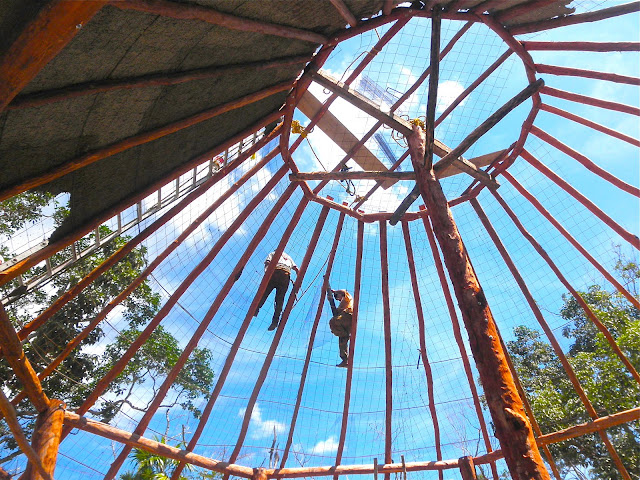 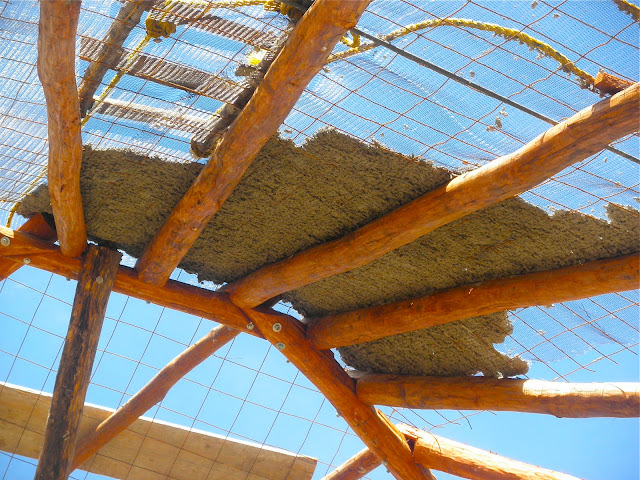 The center support beam for the floor has also been laid down.
The two triangular shapes represent more or less the size of each of the children's room.
And to the right you can see the dry toilet tank. 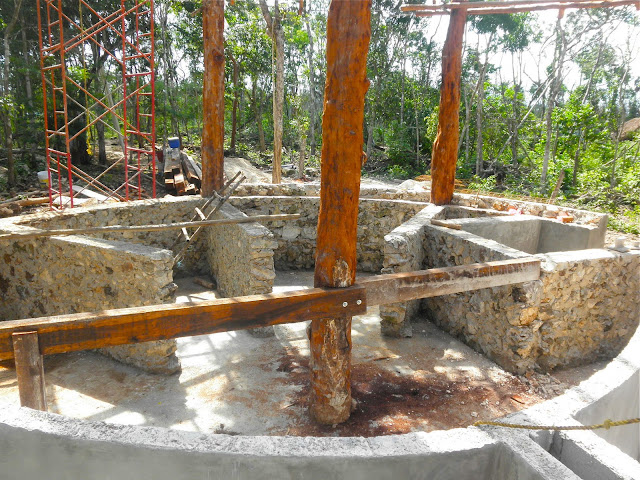 The dry/composting toilet tank has now been cemented and sealed at the proper angle, the gutter that shows at the bottom is where the urine will run into the tank below, outside the house. 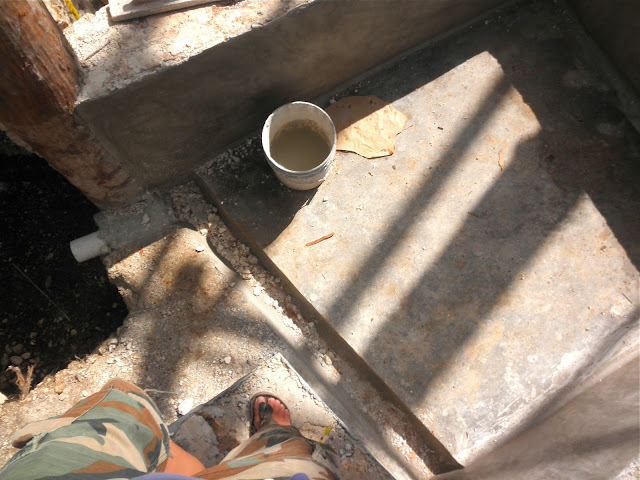 This compartment will also be cemented and sealed, and have a lid so we can reach in there with a bucket once every few weeks. The bucket will then be left in the sun for a couple of weeks and then added to the garden as a nitrogen supplement. 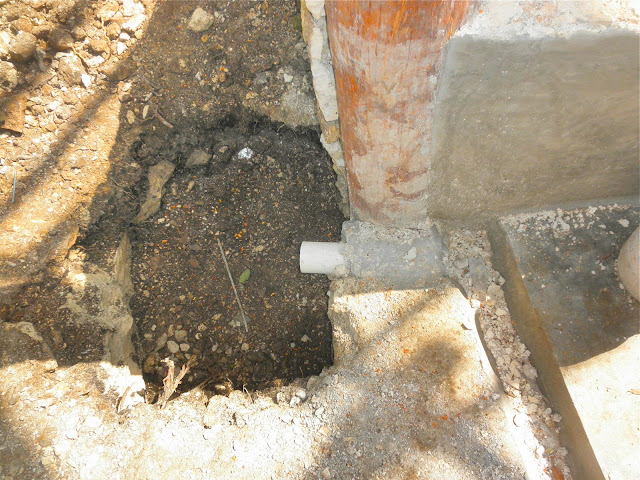 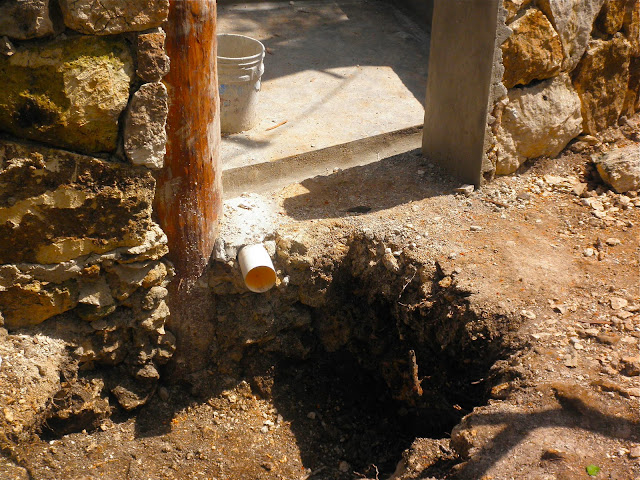 Here the eastern window is added, we will have two openings or windows, one on the eastern side of the roof, and the other on the western side. The predominant wind direction here is east/west, the winds coming in from the Caribbean ocean. These two openings will allow for the heat to leave through the ceiling and allow for the wind to blow through keeping the house cooler. 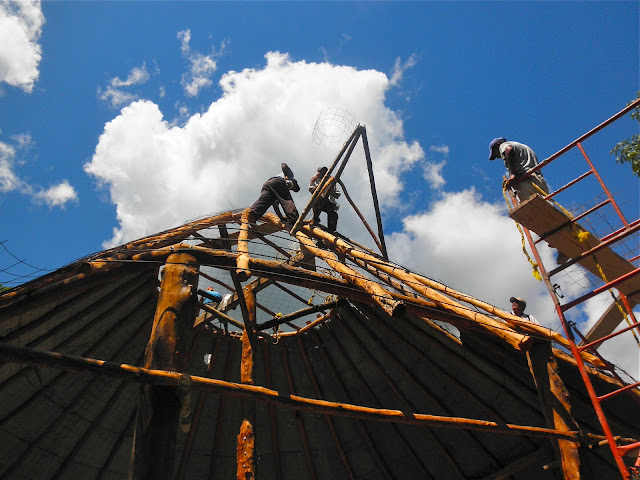 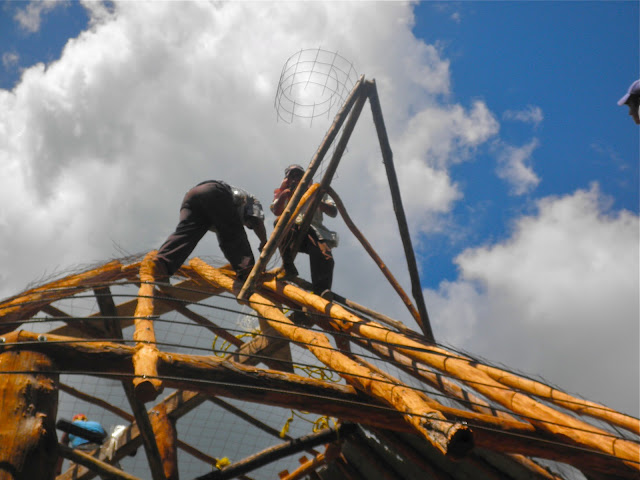 Once the outside layers of the ferrocement is complete
an inside layer will be added for a smoother look. 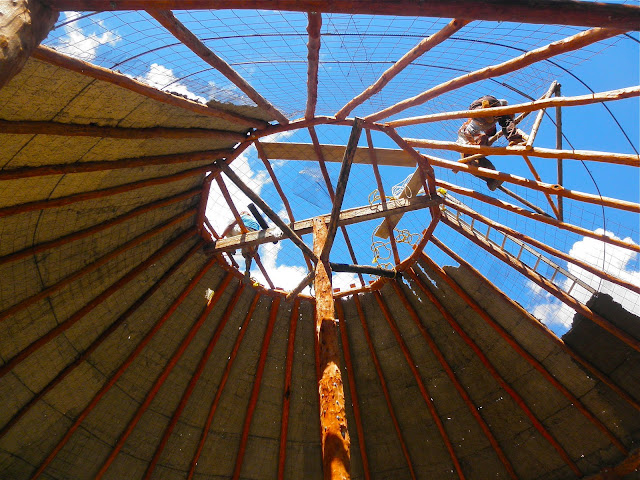 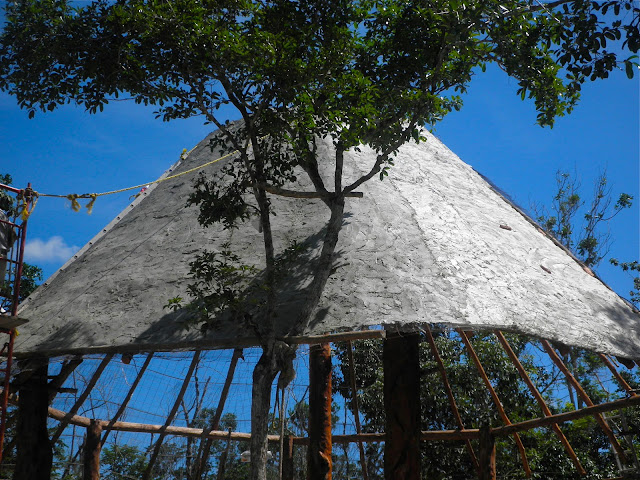 And this is pretty much where we are at right now, moving swiftly along.... 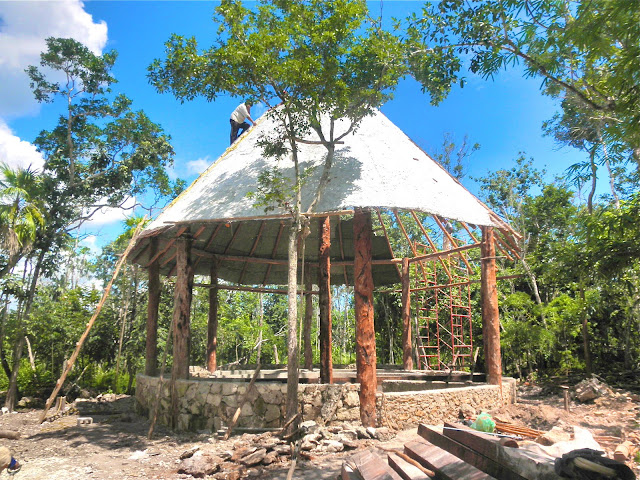