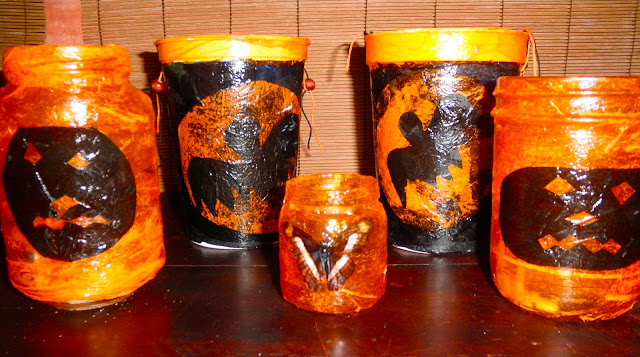 Since we arrived in Mexico the children have been asking for craft projects, if you have been reading along here since last year you know I used to do a lot.
However it seems my creativity was completely dried up and I have really done none since arriving.
As Halloween approached and the neighbors were hanging up ghosts and skeletons Kaleena was almost in tears that we had none, and I was having a hard time getting into the spirit of things.
In our home Halloween have never been about scary, it has always been about the coming of the darker season, adding candles and bringing in light, the time to go to the fields to
pick the pumpkins, carve them, roast the seeds and make a pie.
Last year we also made these cute paper bag Halloween lanterns.
Our decorations were autumnal never scary, but staying with my sister last year the children
got a taste for adding ghosts, skeletons, and sculls around the
yard and apparently especially Kaleena loved it.
I kept telling Kaleena to get creative use what we had in the house but found no energy to get involved. Then yesterday morning before going to the land, Keenan came in with a dead butterfly he had found, and he wanted to add it to a jar. I pulled myself together and got out the Mod Podge and together we
added his little butterflies with some orange tissue paper to a small jar (found on the land).
Kaleena came in and at the sight of the Mod Podge her face lit up and she too wanted to do decorations.
I had to offer up my one and only Mason jar, empty it's contents and we also used an old mayonnaise
jar and made a couple more little simple lanterns.
(we just added the orange tissue paper to the jars and cut out a jack o lantern
faces and added that on top with the Mod Podge) 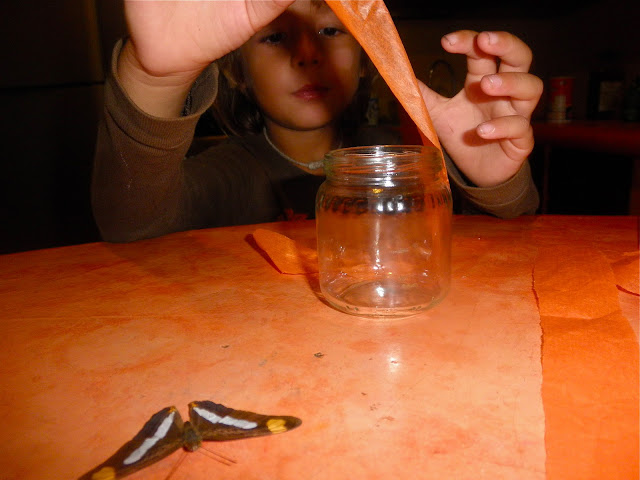 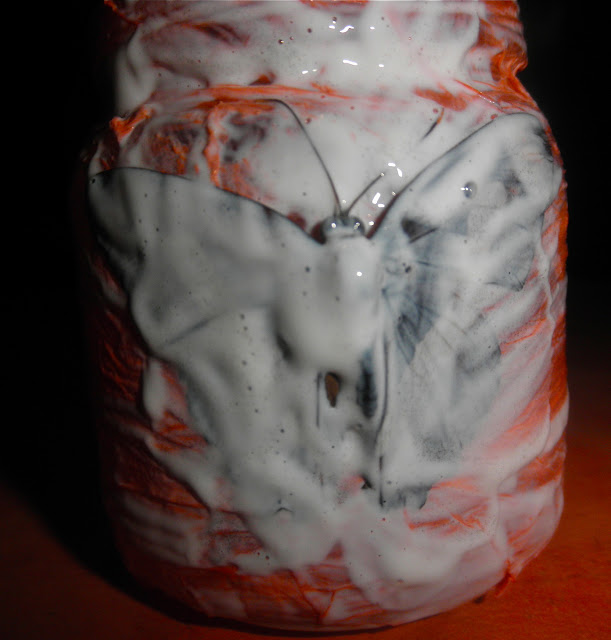 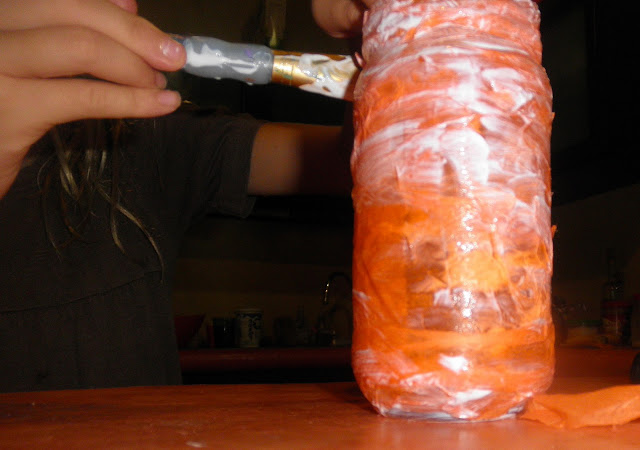 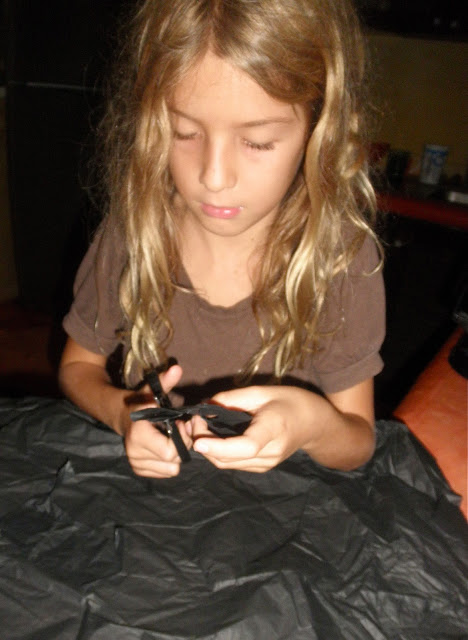 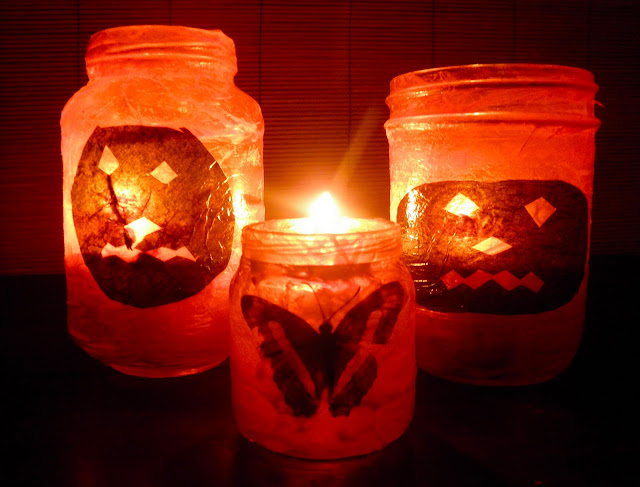 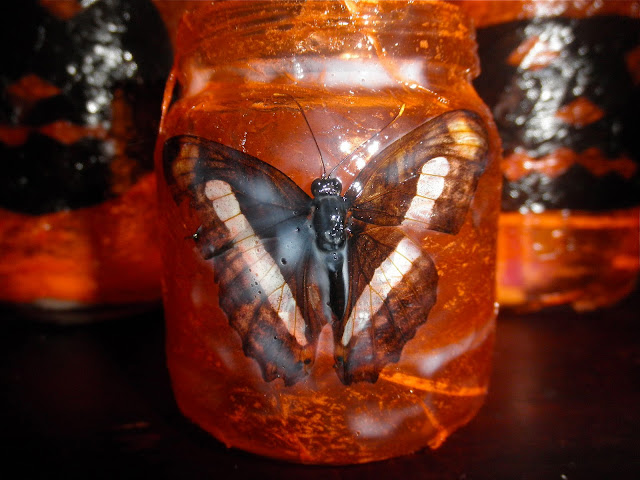 When I returned from the land Kaleena met me proudly with a homemade trick or treat basket.
She had been crying for one, and I had told her that we would have to use something already here,
the children's little wicker baskets being in the storage in Miami:(
I love what she came up with, so creative and so pretty really.
She had taken and old yoghurt container Mod Podged it with black and orange tissue paper,
and cut out shapes for decorations.
Today when we returned from the land Keenan painted the inside of the containers orange and Kaleena finger knitted orange and black embroidery thread for the handles. I added little holes with the leather punch, and added little beads to the strings to fasten.
Very simple, very inexpensive and very lovely.
I was so proud of her initiative, and really love the outcome.
Best of all she herself is proud of her creation and looking forward to use it.
Also, how wonderful it felt to get creative again (other than at the land), to see how excited they both were that we were all finally doing a project together again, surely we will be at it again soon. 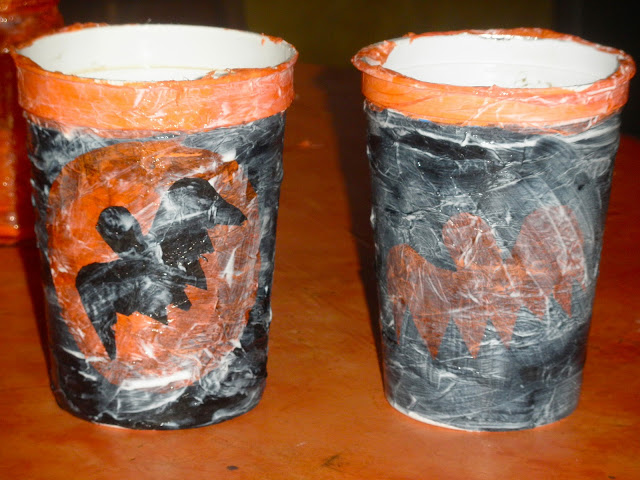 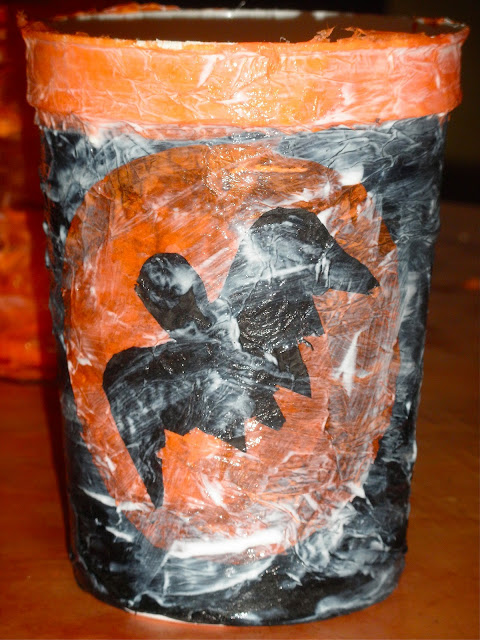 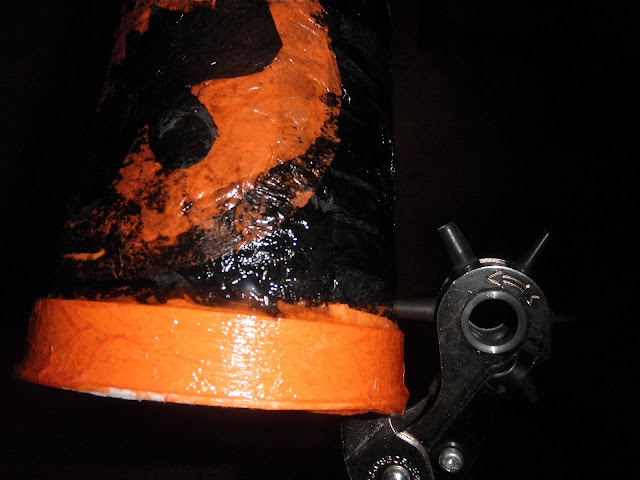 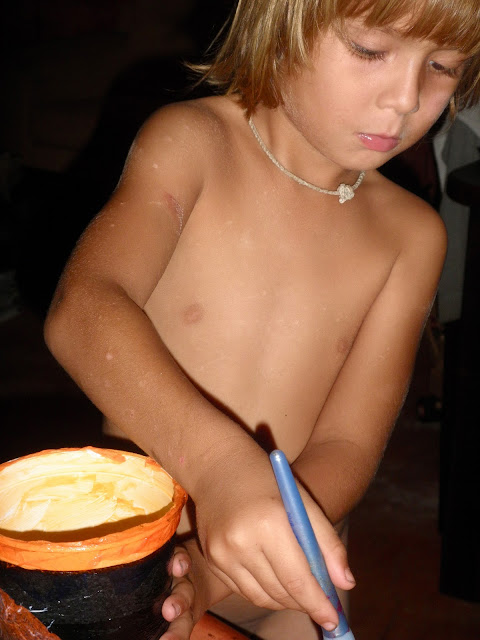 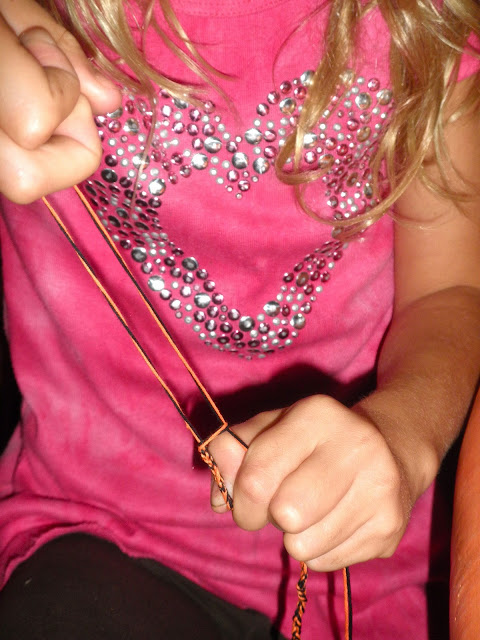 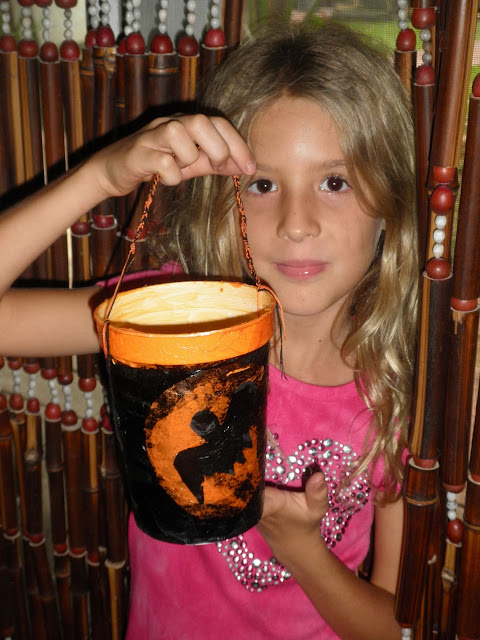 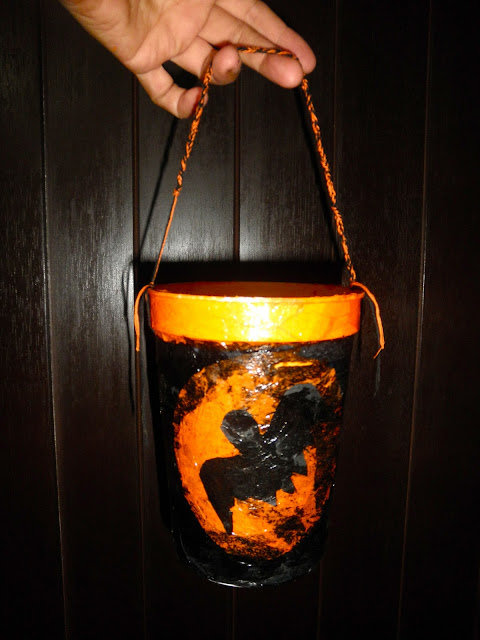 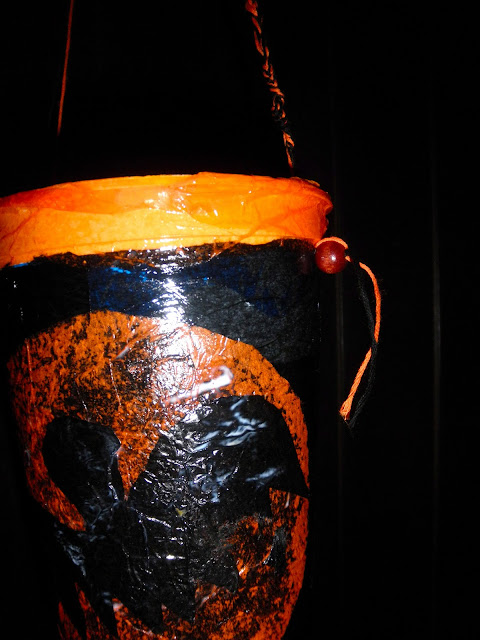 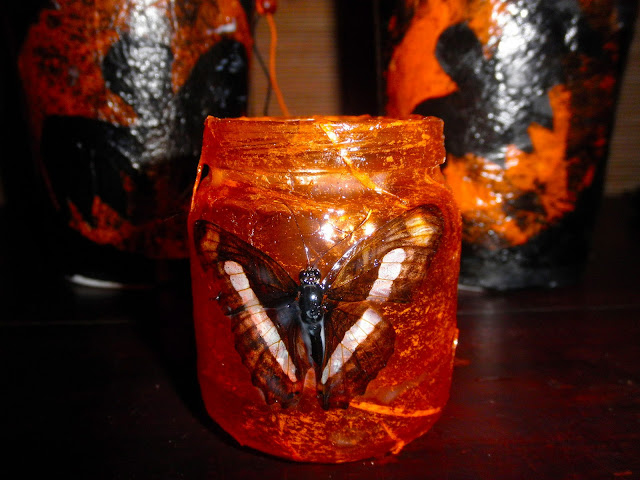 ~Blessings~
Posted by christina at 8:09 PM