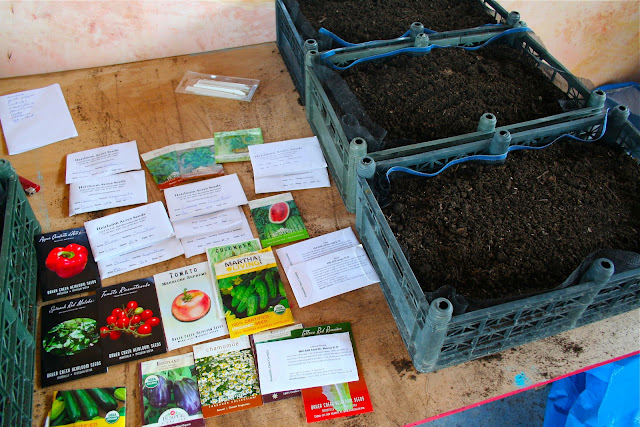 While much of the planet is slowly preparing for winter, we are entering the growing season here.
On the land we are getting the raised beds ready and here at the house I started getting the seeds into trays, so that once the beds are finished the seedlings should be ready to be transplanted.
I decided to grow the seeds at home because we have a covered roof top here,
at the land we still do not have a nicely shaded, free from rain area for the trays.
Also here I am catching rain water which will be better than the slightly salty cenote water.
Keenan was once again a great help! First helping to spread the tarp on which we added one bucket of compost and one bucket of bocashi both brought from the land. 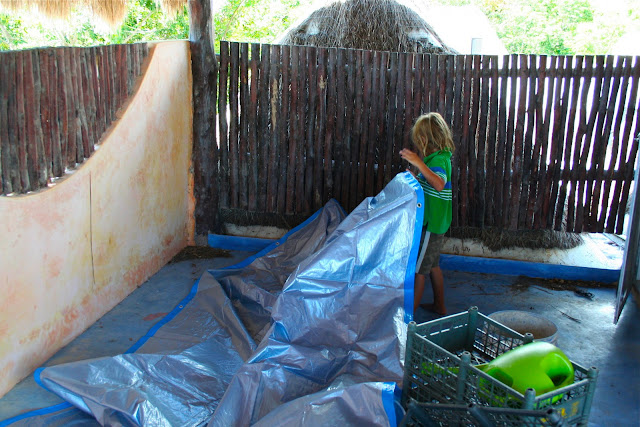 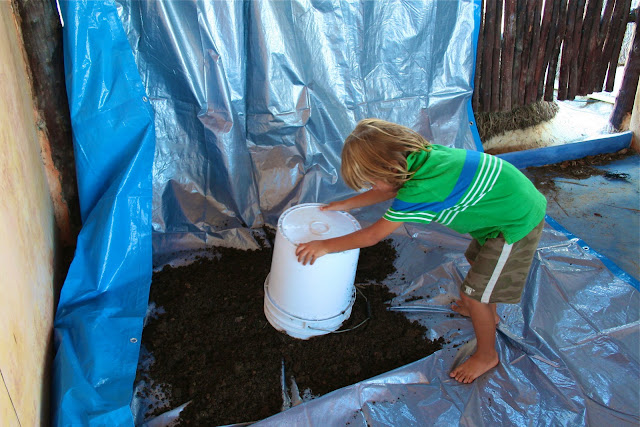 Then we had to bring the dirt (which we had to buy) bucket by bucket from downstairs,
it was excellent exercise, and Keenan filled the buckets while I lugged them upstairs, dirt was getting in his eyes so he felt he needed to wear protection glasses for this job:) 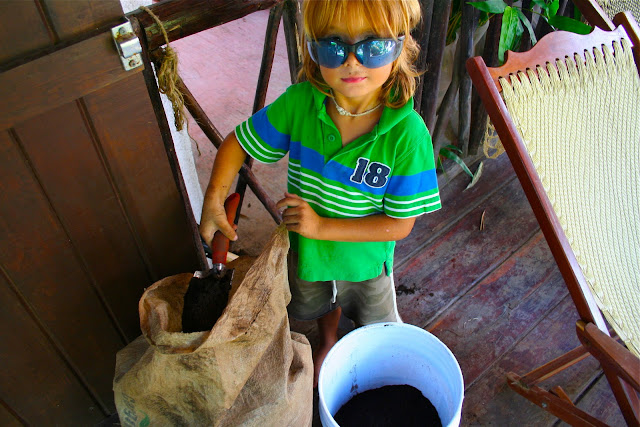 Once the dirt was nicely mixed we added mosquito netting to the plastic fruit trays that we have scavenged over the last two days, and added the dirt. 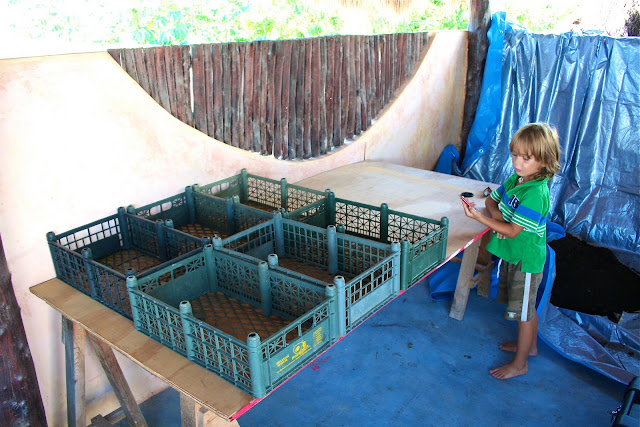 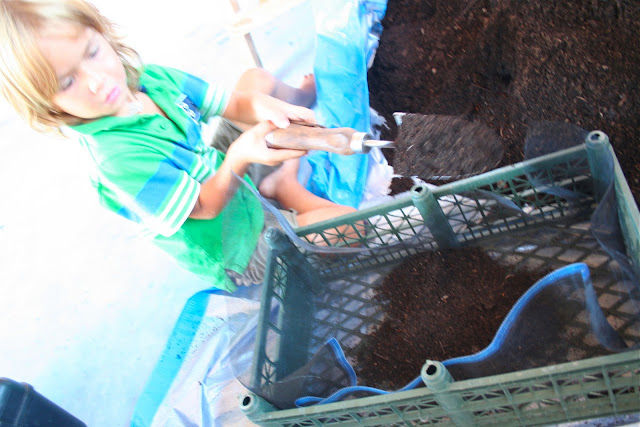 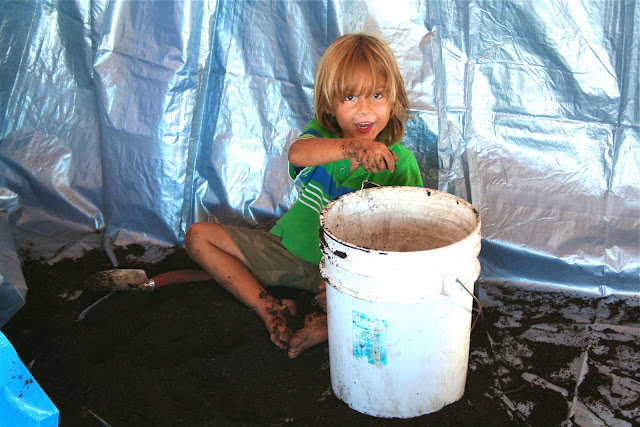 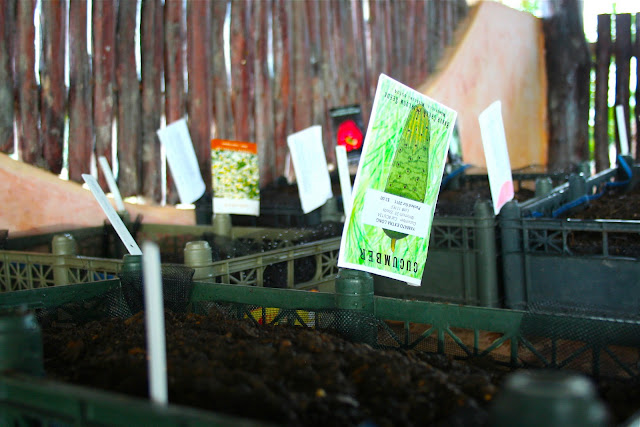 And a few pictures of a very happy puddle playing boy 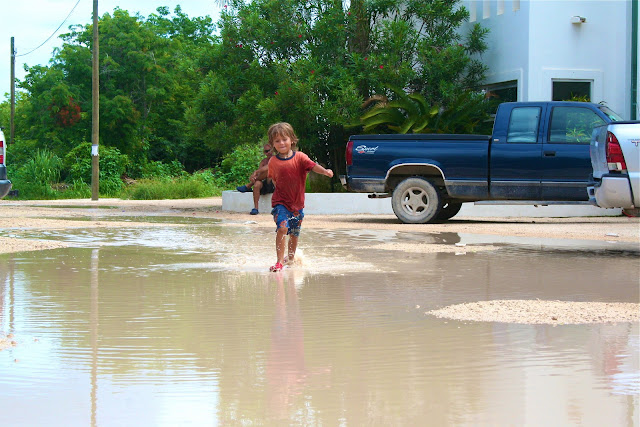 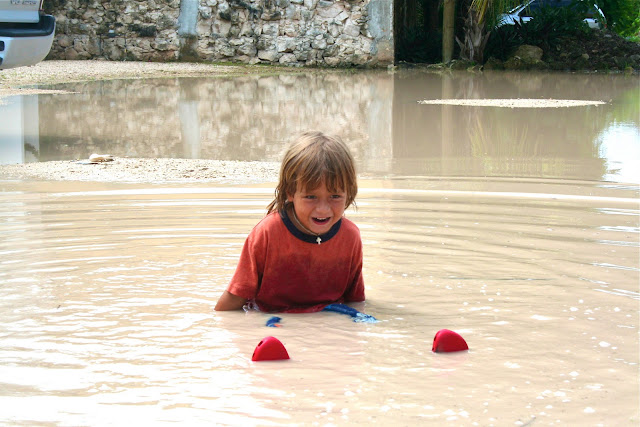 Ahh yes and an update of the snakes from yesterday, as it turns out neither of the three snakes
were poisonous, not even the one with the arrow shaped head. Apparently many nonvenomous snake have the arrow shaped head, you can tell they are poisonous if the have a pit (hole) between their eye and nostril. Three of the four poisonous snakes here are pit vipers with such a pit, the coral snake or veritable coral which I though it was, does not have an arrow shaped head at all, and the colorful bands extents around the entire body, unlike the one we found which had a solid colored underbelly.
It is so important to be educated about these things as so many
useful snakes are killed because of our ignorance and because they do such a good job at mimicking the dangerous ones....
~Blessings~
Posted by christina at 6:24 PM