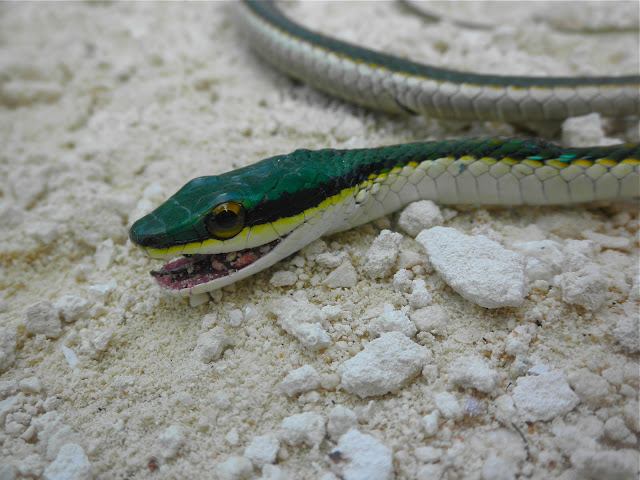 Today as we arrived Jose, our main guy, or chepe as the guys call him, told us to be extra careful because many snakes had been seen. One had already been killed, the one below.
The crew has been asked to use extreme care and not kill friendly snakes, but the Maya it seems do not like any snakes and kills on sight no matter what kind. I went home and looked for this one and could not find a match, certainly not with the four venomous kind that live in these parts. 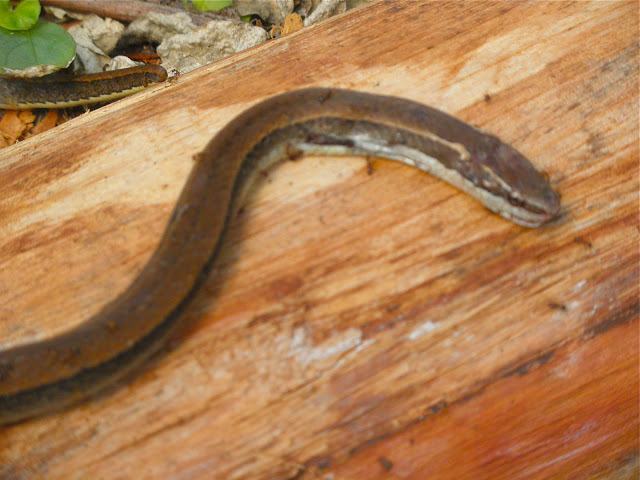 A few minutes later Kaleena and Keenan yells from the little front house, where they go to get out of the heat, SNAKE SNAKE, everybody runs there, and we find this guy on the inside wall desperately trying to get out through a crack in the ceiling. Miguel had a machete handy and trapped its head, and we all agreed that this was indeed a venomous snake. Even though I have looked through many pictures I could not find a good match, but I am going to guess that this is a variable coral snake, the one that carries the strongest poison, yet is not aggressive, which was true for this one, even though trapped she made no attempt to attack, still we killed it.
I wish there was another way but for now that is a chance we cannot take. 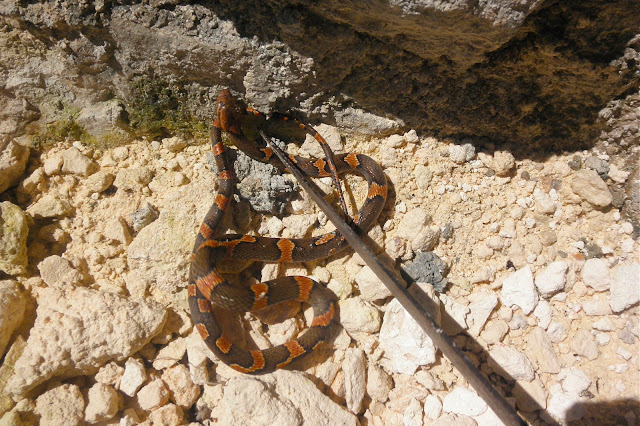 A few minutes later it was covered with red ants, they are ferocious here, and are also to blame that three of the four hatched chickens did not make it:( 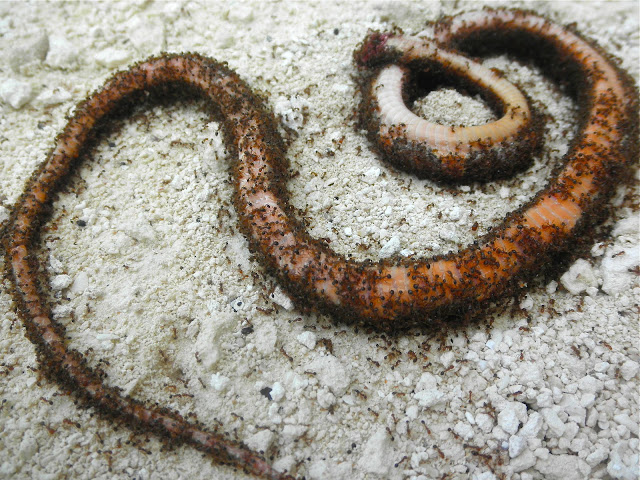 Finally this little guy, so obviously not dangerous, was also killed just for being a snake.
I plan to really educate myself about these creatures so
that we do not kill more than absolutely necessary. 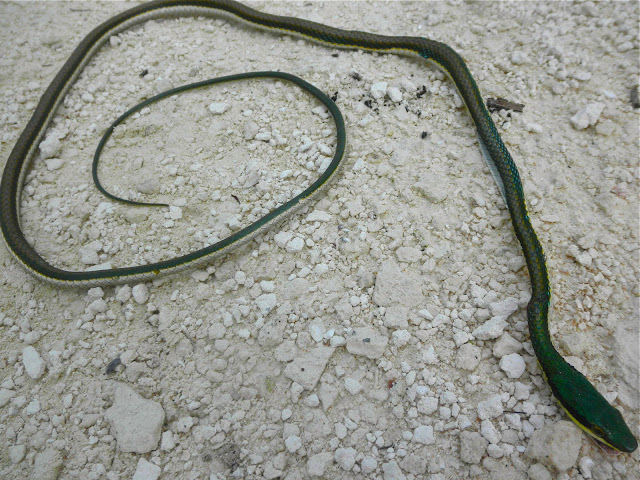 Besides snake watching today I also made compost.
We are entering the best growing season here with rainy season almost at an end.
Now is the time to get seeds into trays, so that when the rains are over seedling are ready for the beds.
The other day we picked up a load of horse manure from some stables down the road, and first off we created a temporary shade for the piles.
(This is also the area where the green house or shaded seedling area will be some day) 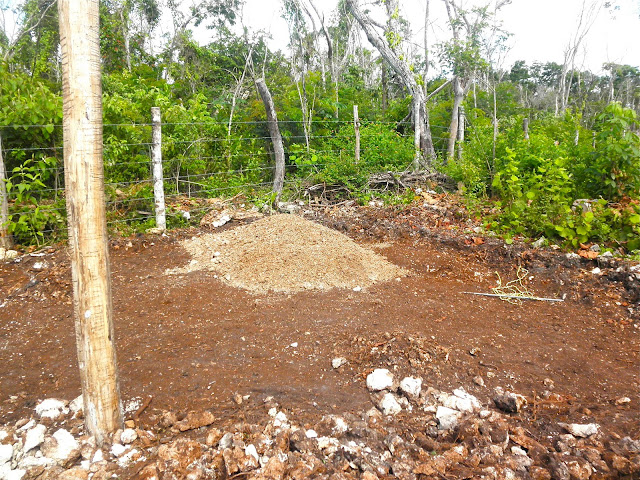 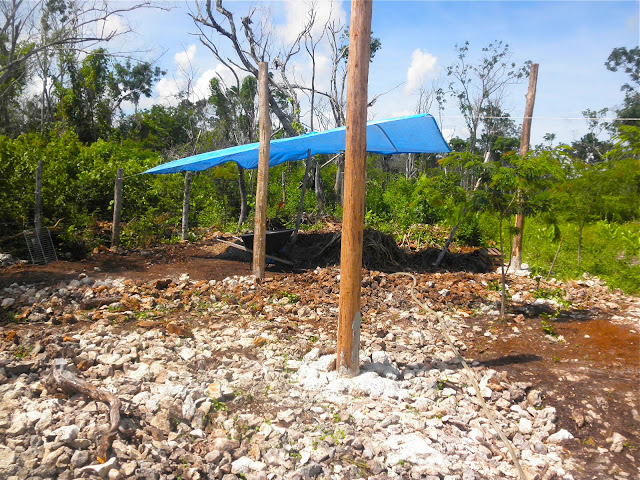 First I added a layer of sticks so that the pile might breathe from below. Water!! 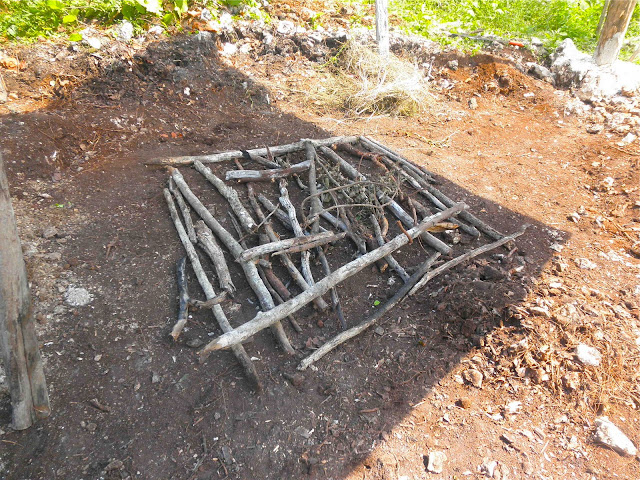 then a layer of dried leaves, or anything dried, hay, straw or even newspaper. Water!! 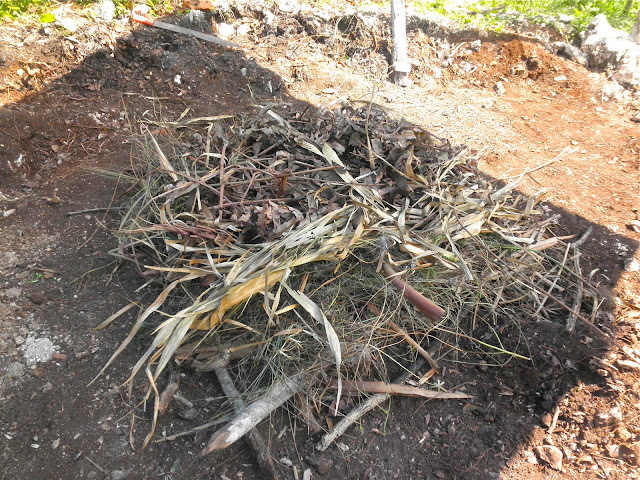 then a layer of green leaves, legumes are great (we had just a few wild beans) as they are all nitrogen fixers and add nitrogen to the soil that is being created, though any green leaves will do. Water!! 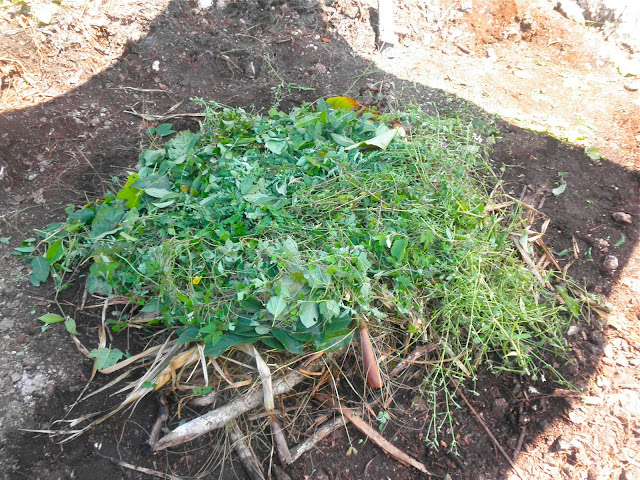 then a layer of manure. Water!! 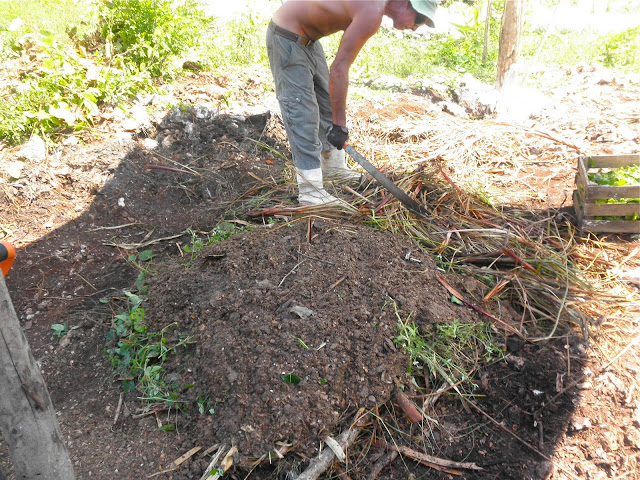 lots and lots of water between each layer 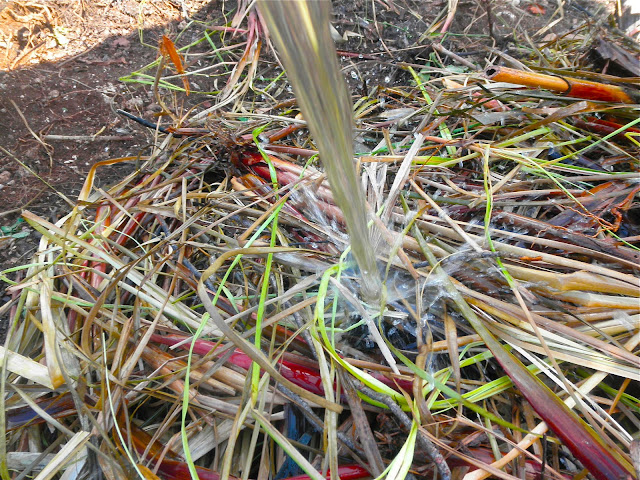 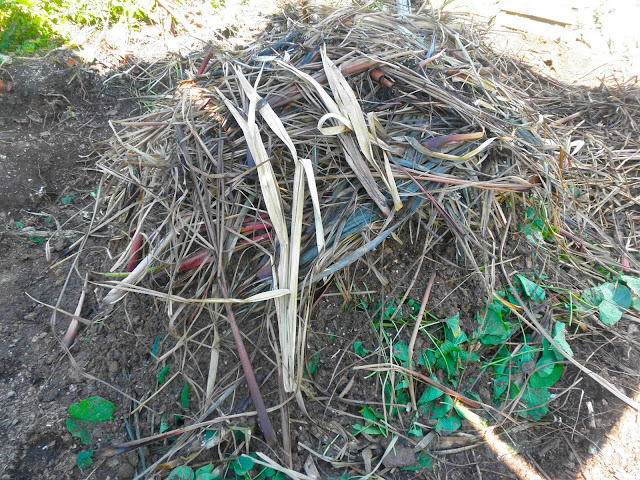 Then a final layer of cenote sediments, or garden soil. Then some more water!!
I will check daily for the heat and moisture level and make sure to poke a stick in daily to bring air, and in a couple of weeks I turn the pile completely.
In a months time with this heat it should be ready. Lovely hummus compost for the growing beds. 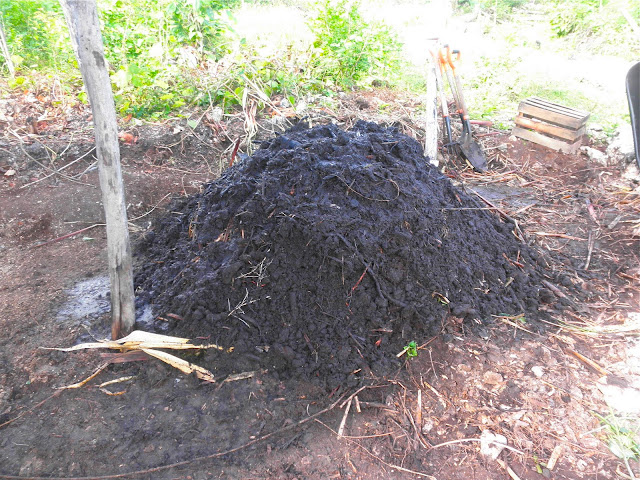 By then a few of these beds will also be ready.
Due to the lack of soil and abundance of rocks, we have to raise the beds and then build the soil.
We are making the first two of many beds, these will be rectangular and measure 80 cm wide,
so that we can easily reach the center.
They will be 50cm high and between 4 and 5 meters long.
Once they are done I will sheet mulch directly into these beds to build the soil.
The first two will like use mostly cenote sediments, just to get started. 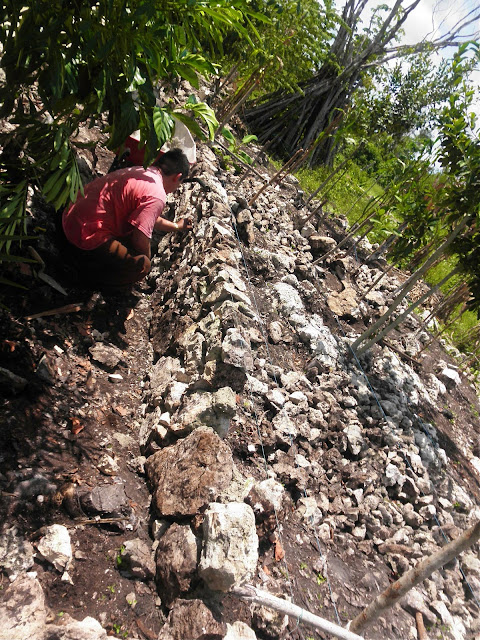 Meanwhile other places around the land; the team's living quarters and kitchen, as well as the workshop and storage area is moving along nicely. Also the composting toilet for this area is in progress. Linus, like the rest of us, does his best to deal with the heat:) 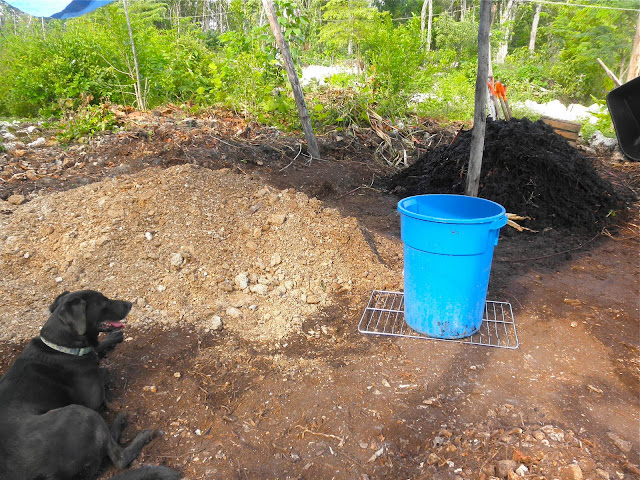